'ATK Mohun Bagan, Mumbai City will fight for ACL spot' - Bengaluru boss Carles Cuadrat to focus on getting to the playoffs 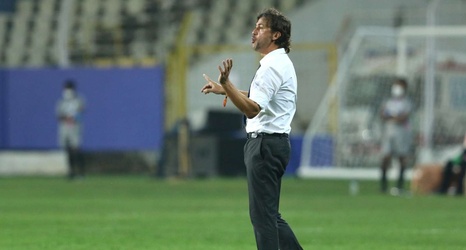 Cuadrat suggested that the change in personnel in the Blues' backline has affected the team...

Bengaluru succumbed to their third consecutive defeat in the 2020-21 Indian Super League (ISL) as they went down 1-3 against Mumbai City on Tuesday.

The Blues head coach Carles Cuadrat suggested after the match that his side lacks consistency and he has given up on fighting for the top spot in the standings which could get them an AFC Champions League slot.

"We have to improve in a lot of different aspects," said Cuadrat after the match.