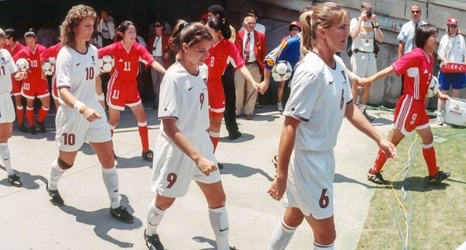 Ten former elite women's soccer players, including USWNT icons Michelle Akers and Brandi Chastain, have signed on to take part in a first-of-its kind study on the long-term effects of head impacts in high-level women's soccer.

Akers, who suffers from chronic migraines, and Chastain, who in 2016 became one of the first professional women athletes to donate her brain to Boston University's Concussion Legacy Foundation for study upon her death, appeared on "CBS Good Morning" on Thursday to announce their involvement in the landmark study, which will begin later this year at Boston University.

"This is the first time they're looking at female soccer players, female brains and it's important to have this conversation," Akers told ESPN.