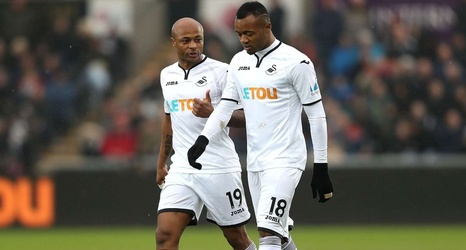 The two players are Ghana’s leading goal sources ahead of the January 9 to February 6 gathering where the West Africans will be making their 23rd tournament appearance.

Ghana have been drawn in Group C of the competition, pitching them against Morocco, Gabon and debutants Comoros.

“In my opinion, the Ayew brothers, Andre and Jordan, are going to keep carrying on the fight, the spirit, as I saw from day one when I joined the Black Stars,” Spanish coach Nus, a member of Ghana’s technical team as they reached the final of the 2015 Afcon fiesta in Equatorial Guinea, told Goal.