Adepoju praises Real Madrid despite missing the leadership of Ramos 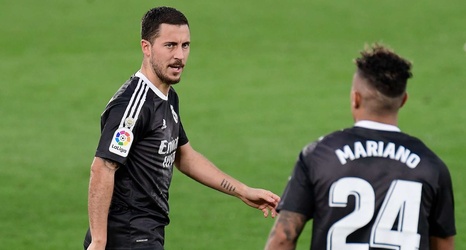 Mutiu Adepoju has stated he is pleased with Real Madrid’s performance in Saturday’s 1-1 draw against Villarreal despite the absence of Sergio Ramos.

Captain Ramos, 34, was ruled out of the game having picked up a hamstring injury in Spain's game against Germany and will also miss fixtures against Inter Milan and Alaves.

In the tight affair at the Estadio de la Ceramica, Zinedine Zidane’s men settled for a point after leading for 74 minutes.

Mariano Diaz, who made a return into Los Blancos’ line-up for the first time in 18 months gave Zidane’s men the lead after just 107 seconds thanks to an assist from Daniel Carvajal.