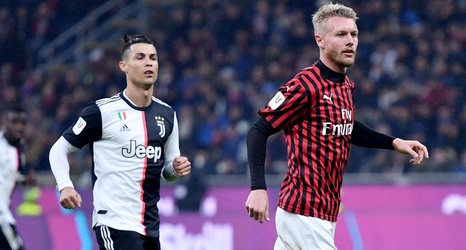 AC Milan defender Simon Kjaer says that he is raring to go in the Europa League group stages with a clash against Celtic, though the occasion will be spoiled by the lack of fans.

Kjaer, who earned his 100th Denmark cap in a 1-0 win against England earlier this month, has tasted the European atmosphere at Parkhead previously while playing with Fenerbahce and rates it among the most impressive in the world, adding that the empty stadium will make for a strange experience.

Nevertheless, the centre-back, who was the only player to score two penalties in the marathon shootout victory over Rio Ave to help the Rossoneri reach this stage, says that his side will be targeting the three points.