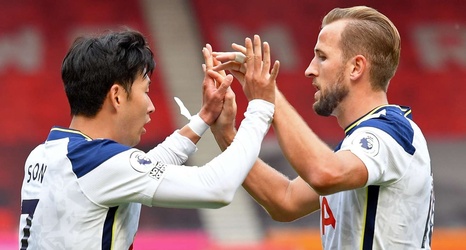 Ole Gunnar Solskjaer is wary of the threat Harry Kane and Son Heung-min will pose Manchester United as they seek revenge against Tottenham for the 6-1 loss which he sees as "a big black dot on our season".

United can put some pressure on Premier League champions-elect Manchester City if they beat Spurs in north London on Sunday, but will have to produce a much-improved display from their last meeting with Jose Mourinho's side.

Kane and Son grabbed two goals each as Tottenham decimated the Red Devils at Old Trafford in October, and Solskjaer says they must keep the prolific duo quiet in order to emerge victorious.