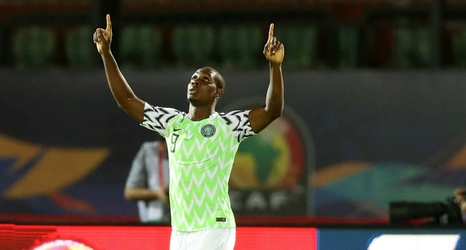 Nigeria have included Al Shabab striker Odion Ighalo in their 24-man squad for the 2022 World Cup qualifiers against Liberia and Cape Verde Islands.

Ighalo retired from Super Eagles duty after the 2019 Africa Cup of Nations in Egypt where he helped the West African country win bronze.

His return to Gernot Rohr’s squad is expected their attacking options as they head into their final group games in the World Cup qualifiers before next year’s Afcon tournament in Cameroon.