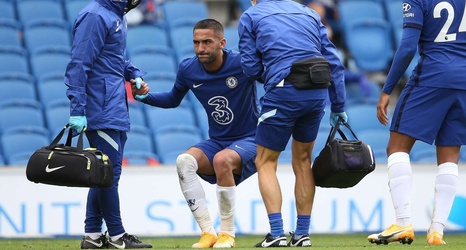 Hakim Ziyech's official Chelsea debut will have to wait for at least a couple of weeks after Frank Lampard confirmed the new signing has a knee injury.

Ziyech arrived from Ajax in pre-season after a £33 million (€35m/$42.5m) deal had been agreed last term, with the forward boosting his reputation in 2018-19 after several impressive performances en route to the Champions League semi-finals.