Will Onyeka epitomise Brentford’s ‘fire in our eyes’ approach against Liverpool? 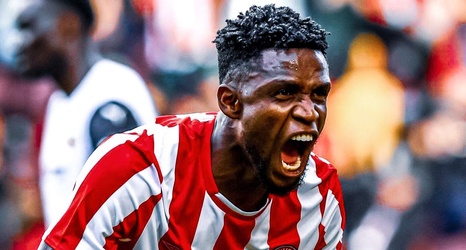 Thomas Frank has roused his players before Reds test, and the Nigerian will look to heed his manager’s words on Saturday

Every home game for Brentford this season is momentous, but Saturday carries an extra significance with Liverpool set to visit the Brentford Community Stadium.

It is only the Bees’ third ever Premier League home clash and, having faced Arsenal in their opening day encounter, play another traditional English side this weekend. Admittedly, the understrength Gunners were there for the taking in August’s meeting, but Jurgen Klopp’s Reds pose an obviously different test.

Supporters were expectedly raucous in that 2-0 success and a repeat atmosphere is expected on Saturday when they play the six-time European champions for the first time since 1947.