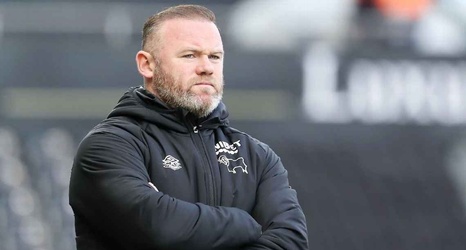 Wayne Rooney's Derby County have been relegated from the Championship, it was confirmed on Monday.

Derby needed to better Reading's result but fell to a 1-0 defeat at Queens Park Rangers while Reading snatched a late comeback 4-4 draw against Swansea City.

Rooney managed to guide the club to safety on the final match of the 2020-21 campaign but was unable to repeat the feat this time around as Derby drop down to the third-tier of English football.