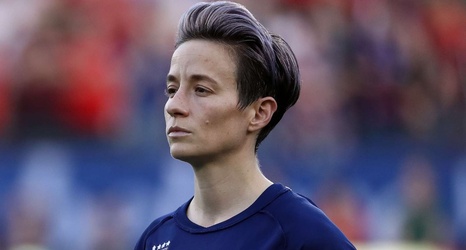 U.S. women's national team star Megan Rapinoe hit out at U.S. Soccer during prepared remarks before a congressional committee on Wednesday, accusing the federation of fighting against the team's pursuit of equality.

On Equal Pay Day, Rapinoe appeared before the House Oversight Committee for a hearing designed "to examine the economic harm caused by longstanding gender inequalities, particularly for women of color," according to a press release.

The USWNT forward, a two-time World Cup winner, has been at the forefront of her team's gender discrimination lawsuit against U.S. Soccer.