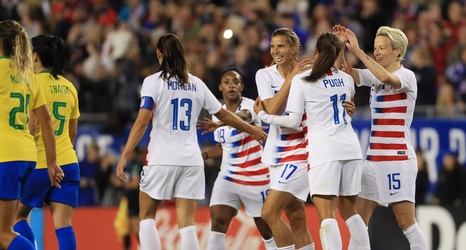 The United States women’s national team has filed a lawsuit against US Soccer in United States District Court in Los Angeles today, alleging “institutionalized gender discrimination.” According to The New York Times, which broke the story, this is the team’s next step after their Equal Employment Opportunity Commission discrimination complaint from 2016 seemed to stall. The team has now received the go-ahead from the EEOC to sue in federal court.

The team has been in a years-long conflict with USSF over their treatment, ranging from wages to playing conditions to training standards to medical treatment.