USWNT 9-1 Uzbekistan: The Americans put on a Goal Scoring Feast 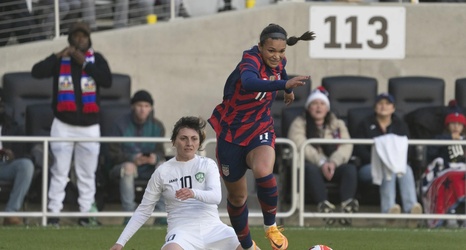 In the opening minutes, Sophia Smith got in a cross into the six-yard box, but her cross was cleared away. After that, the USWNT got a set of corners, the second of which led to a header from Rose Lavelle that went off the crossbar, with Alana Cook’s attempt to clean the play up also going off the post. A few minutes later, Lindsey Horan latched onto a cutback from the left in a dangerous spot in the box, but her attempt was blocked. After that, the US only managed a few half chances for a period, but the Uzbeks did well to keep an organized defense and stifle the attack.