USA vs. Switzerland, 2021 friendly: Man of the Match 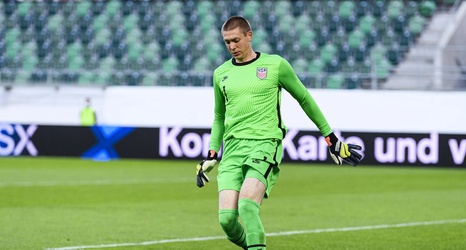 The United States Men’s National Team suffered a 2-1 defeat to Switzerland on Sunday in what was a tough game that had some promise early on. The Swiss fought back into it after the USMNT took an early lead, equalizing 7 minutes later and then eventually getting the game winner in the 2nd half.

For the USMNT, there are a few performances that were notable, with several people impressed by the games that Sebastian Lletget, Mark McKenzie, and Brenden Aaronson had. However, the player that had the best match was the #1 on the field, Ethan Horvath.