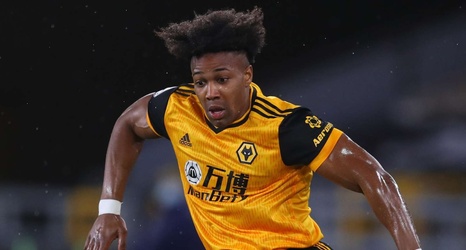 The Spain winger stalled over fresh terms earlier this season, but is now ready to commit his future to the Molineux club

Wolves winger Adama Traore is in talks over a new contract at the Premier League club.

The Spain international was considering his future when he lost his place in the side in the autumn but is now ready to sign fresh terms after becoming a regular once more.

However, any deal is likely to include a gentleman's agreement that allows him to leave should a bigger club bid a certain fee.

Traore’s current contract doesn’t expire until 2023 but Wolves are keen to tie down the 25-year-old to a long-term deal.