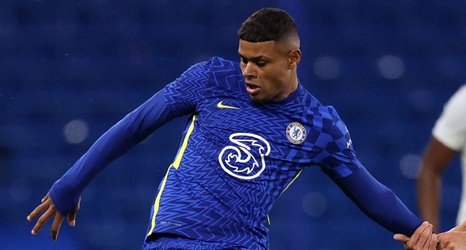 Chelsea have announced the departure of Tino Anjorin to Russian Premier League side Lokomotiv Moscow on loan.

Despite his immense talent, the Nigeria prospect has been unable to break into Thomas Tuchel’s squad.

However, in a bid to taste first-team action, he will represent the Steam Locomotive for the 2021-22 campaign.

“Tino Anjorin, the 19-year-old attacking midfielder who made three men’s first-team appearances last season, is embarking on his first loan, with Lokomotiv Moscow his destination,” a statement from the Blues website read.