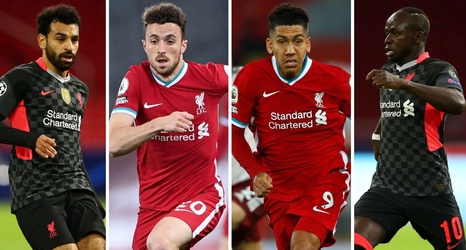 Diogo Jota admits that the “world was talking about” Liverpool’s front three when he joined Mohamed Salah, Sadio Mane and Roberto Firmino at Anfield, but the challenge of earning regular game time in that attacking unit is being embraced by an in-form Portuguese.

Jurgen Klopp moved to further bolster his options in the final third during the summer transfer window of 2020, with a £45 million ($62m) deal done with Premier League rivals Wolves.

Jota found himself joining one of the most fearsome front lines in world football, but collective struggles on Merseyside this season and his own impressive form have seen the talented 24-year-old present a title-winning manager with a welcome selection headache.