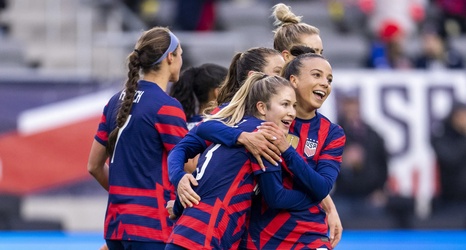 The United States Women’s National Team get the focus on Episode 78 of the SSFC Podcast! The Concacaf W Championship draw took place this week, and the USWNT learned that it will face Mexico, Jamaica, and Haiti in the group stage. We discuss the groups briefly and the importance of the tournament, which serves as qualifying for both the 2023 Women’s World Cup and the 2024 Olympics.

After the break, it’s a quick recap of the blowout wins over Uzbekistan, and then we shift to discussion of why the USWNT are scheduling matches against teams like Uzbekistan and Colombia instead of teams like France and England.