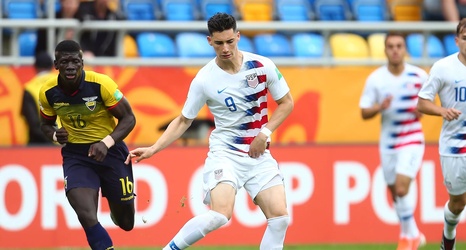 Norwich City announced the signing of Sebastian Soto today on a three-year contract. The 20-year-old American striker joined the club on a free transfer. The move was first reported in May by Bild and supposedly includes a modest training compensation fee paid to Hannover 96.

Soto was recently with the German club in the 2. Bundesliga after joining its academy in 2018. He made five appearances for Die Roten over two seasons, but spent most of his time with the reserve and U-19 sides. It appeared that his opportunity for playing time dried up, particularly after neither signing a new contract nor finding a move away from the club.