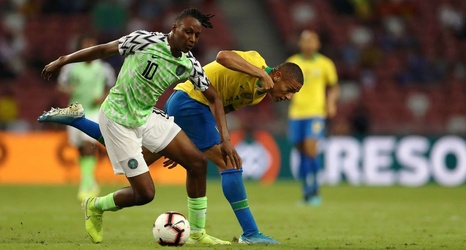 The 23-year-old made an impressive start to his Super Eagles career when he scored on his debut against Ukraine in September 2019.

He followed that up with another impressive performance a month later in another friendly against Brazil, helping Gernot Rohr’s men clinch a 1-1 draw against the five-time world champions.

Aribo has now made four appearances for the three-time African champions and has been praised for his immediate impact with the national team by fans and former internationals.