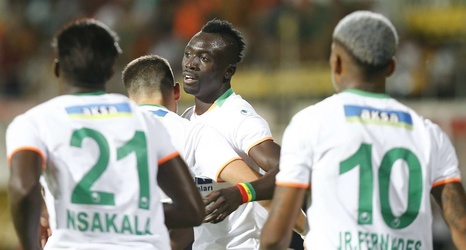 The defeat left Fatih Terim's men 14 points behind league leaders Istanbul Basaksehir while Alanyaspor moved to fifth with a point behind their visitors.

Cisse started the party at the Bahcesehir Okullari Stadium in the 43rd minute to put the hosts ahead and he doubled their lead just few minutes before the interval.

Still within the stoppage-time, Galatasaray were able to pull a goal back after Morocco's Younes Belhanda assisted Adem Buyuk to half the deficit.