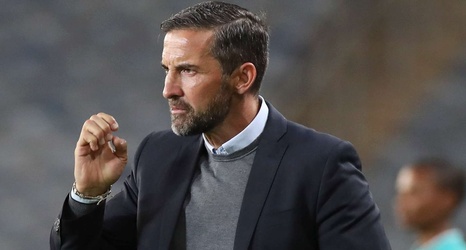 Orlando Pirates coach Josef Zinnbauer believes that his side lacked some luck to break down Cape Town City following a myriad of scoring opportunities that went abegging in the 2-2 draw at Danie Craven Stadium on Saturday.

It was another come-from-behind result for Pirates for the third straight match as they also recorded the fourth draw in six Premier Soccer League (PSL) matches.

Cape Town City took the lead twice through Mduduzi Mdantsane and defender Abbubaker Mobara but Pirates hit back via a brace from Vincent Pule.

“I think the first half was most of the time good in the shape, we lead in the most of minutes in the game,” Zinnbauer told SuperSport TV.