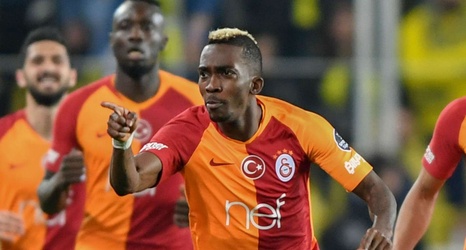 Henry Onyekuru has bid goodbye to Galatasaray following the expiry of his loan from Ligue 1 club Monaco.

The Nigerian forward returned to Turkey for his second loan stint with the Lions in January after struggling to cement regular playing time in his debut campaign in France.

Following his return to Fatih Terim's team, Onyekuru boosted Galatasaray's charge to defend the Super Lig crown with a contribution of an assist and a goal which sealed their 3-1 victory against archrivals Fenerbahce back in February.

He made 12 appearances across all competitions and his last outing was against league leaders Istanbul Basaksehir last Sunday where he featured for 90 minutes.