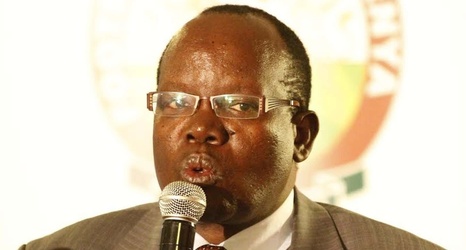 Sam Nyamweya has called on the government to move with speed and disband the Football Kenya Federation led by Nick Mwendwa after they were accused of running down the sport in the country.

With the government confirming they have been given the go-ahead to audit the federation accounts, Nyamweya, who served as the FKF boss in the last regime, has called on the Ministry of Sports to disband the current office with immediate effect.

“It is now clear the current FKF has failed Kenyans in their mandate to manage football in the country and I wish to thank the Ministry of Sports through Cabinet Secretary Amb.