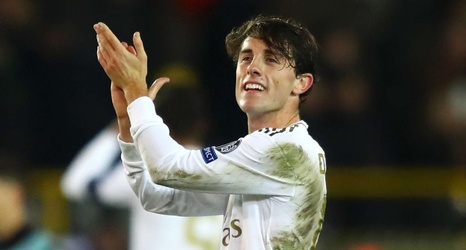 Alvaro Odriozola has put his lack of progress at Real Madrid down to a collarbone injury he suffered last year, but he remains confident of breaking through at Santiago Bernabeu in the near future.

The Spanish full-back completed a reported €30 million (£26m/$32m) move to Madrid from Real Sociedad in the summer of 2018, putting pen to paper on a six-year contract with the La Liga giants.

He was billed as one of the brightest homegrown talents of his generation, but has only featured in 27 matches across all competitions since then, and has yet to open his goalscoring account for the club.