'Most successful Spanish coach' - What are the top 5 achievements of Sergio Lobera in India? 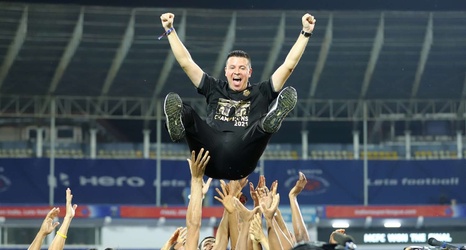 Sergio Lobera recently parted ways with Mumbai City FC after just one season as British coach Des Buckingham replaced the Spaniard at the helm. In just one season with the Islanders, Lobera won the club their maiden Indian Super League (ISL) League Winners' Shield and the title.

The Spanish coach came to India in the 2017/18 season taking charge of FC Goa. In three seasons with the Gaurs, Lobera reached the play-offs in all the campaigns and topped the league stage once.

In the four years, he was in India, Lobera established himself as one of the finest foreign coaches to have ever managed an Indian club.