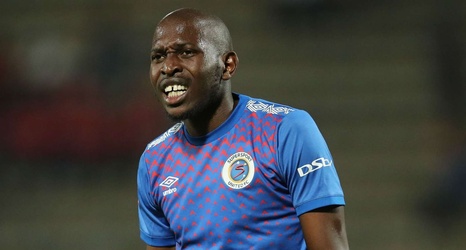 SuperSport United coach Kaitano Tembo says he understands why Aubrey Modiba is a wanted player, explaining that he will give the Bafana Bafana winger his blessings should he join Mamelodi Sundowns.

The 25-year-old has been heavily linked with a move to the reigning Premier Soccer League (PSL) champions for some time and Tembo heaped praise on the winger's attitude, saying he never gave him problems.

Moreover, although the MTN8 winner is aware that players come and go, he admitted losing the Limpopo-born player will be a bitter pill to swallow.

“It has to do with our situation in the club and if you look at a player like Aubrey, a lot of clubs have been after him,” Tembo told Phakaaathi.