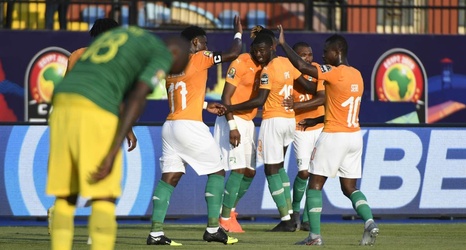 Ajax star Lassina Traore opened the scoring at the Stade Alassane Ouattara D'Ebimpe in the 15th minute and the effort separated both teams at the break.

Later in the second half, Ibrahim Sangare inspired Ivory Coast's fight-back with his equaliser in the 72nd minute and the game was looking to end as a draw until Traore's brilliance stoppage-time.