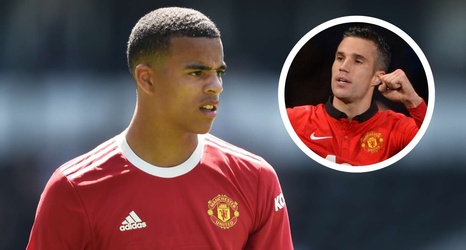 The Red Devils academy graduate has been likened to a Dutch forward of the past, with there obvious similarities in their respective games

Mason Greenwood is proud to be placed in a similar talent bracket to former Manchester United striker Robin van Persie, with the 19-year-old forward considering such talk to be "a nice little comparison".

The highly-rated graduate of the Red Devils' famed academy system has drawn similarities to a Premier League Golden Boot winner of the past due to his predatory instincts in front of goal.

Greenwood has shown that his left foot can be as devastating as that of a famous Dutchman that helped to deliver title glory to Old Trafford during Sir Alex Ferguson's final season at the helm in 2012-13.