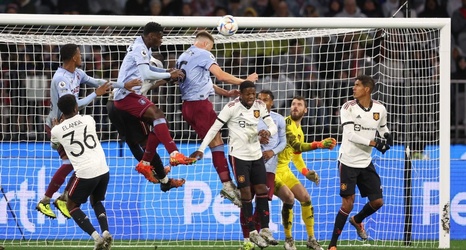 PERTH, Australia -- Manchester United were denied a 100% record on their tour of Thailand and Australia after conceding a last-gasp equaliser in a 2-2 draw with Aston Villa in Perth.

Jadon Sancho's third strike of the summer and a Matty Cash own goal had put United 2-0 up at half-time. Leon Bailey pulled one back after half-time but Erik ten Hag's side still looked on course to record their fourth victory in a row before Calum Chambers scored with a header in the final seconds.