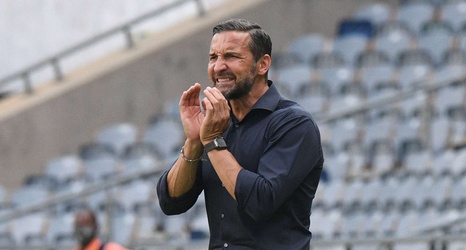 Masandawana proved too strong for the Buccaneers as they claimed a 4-1 win over their Gauteng rivals in an entertaining match which was played at Loftus Versfeld Stadium.

Zinnbauer was left to rue his side's missed chances in the first-half which saw Frank Mhango miss three good chances and ultimately, Pirates were eliminated from the tournament.

"Yeah, disappointed, it's clear the result looks not 100 percent the game but it was not enough today you can win this game," Zinnbauer told SuperSport TV.