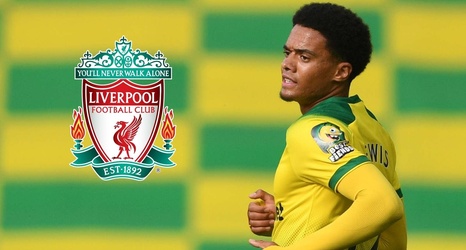 Jamal Lewis has “got all the attributes” to form part of a Premier League title-winning squad at Liverpool, says Ian Baraclough, with the Northern Ireland boss urging one of his charges to snap up the opportunity to head for Anfield.

Jurgen Klopp is in the market for another left-back during the summer transfer window.

Andy Robertson is the undisputed first choice to fill that role for the Reds, but there is little depth beyond him in that position on Merseyside.

Liverpool’s search for a suitable back-up is said to have led them towards Lewis, who took in 32 appearances for Norwich across the 2019-20 campaign and previously helped them to promotion out of the Championship.