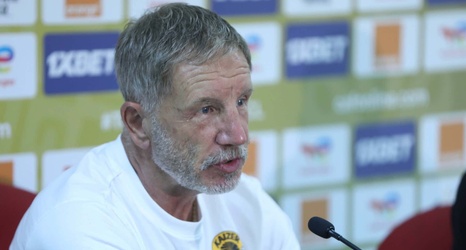 Kaizer Chiefs coach Stuart Baxter has admitted he is under pressure to retain his role at the club as they prepare to face Chippa United in a Premier Soccer League fixture on Saturday.

Amakhosi have had a disastrous start to the new campaign as they are placed 12th on the 16-team table with six points from six matches.

As they prepare to host Chippa at FNB Stadium, the 68-year-old British tactician is already feeling the pressure but that has become the daily lot of professional coaches.

He also revealed despite his counterpart Gavin Hunt facing his former club, he will not influence the outcome of the top-flight battle.