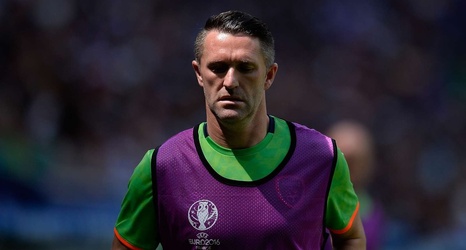 New Republic of Ireland manager Stephen Kenny has stressed the decision to omit Robbie Keane from his backroom staff wasn't personal but rather a desire to have his own people in the positions.

The recent postponement of Euro 2020 due to the coronavirus saw Kenny's appointment as boss pushed up this week as outgoing coach Mick McCarthy stepped aside.

Kenny's appointment came with the announcement that Keith Andrews would be his assistant with Damien Duff also named as part of a new-look management team.

Those decisions meant Keane, has been left without an obvious role with the national team, despite still being contracted to them.