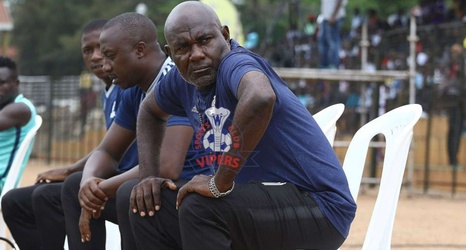 Vipers SC coach Fred Kajoba has stated they will not be looking at their unbeaten home record when they invite Wakiso Giants for a Ugandan Premier League match on Tuesday.

The Venoms will endeavour to keep their home record and prospects of retaining the league title alive when they host the Purple Sharks at St Mary’s Stadium.

Vipers will come into the game with an impressive performance on their home turf, where they have not lost a game since January 17, 2020, when they fell 1-0 to rivals SC Villa.

Since Kajoba took charge of the Venoms in February 2020, they are yet to suffer defeat at home and this season alone, they have won all nine league games at home, scoring 24 goals and conceding just three in the process.