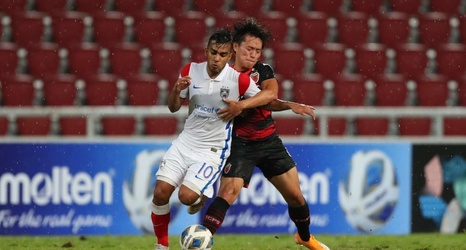 First early evening clash for Johor Darul Ta'zim (JDT) in the AFC Champions League (ACL) group stage and it's an opportunity to reignite their hopes of reaching the second phase of the most elite club competition in Asia as they take on Pohang for the second time in Group G.

It just wasn't the JDT that everyone expected to turn up after a dominating display against Ratchaburi, even if it was against a side much stronger than the Thai team.