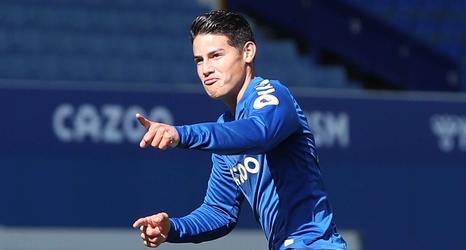 James Rodriguez is still adjusting to the “relentless” pace of Premier League life, says Kevin Campbell, with the Colombian being backed to “find his feet” and produce on a consistent basis once up to full match sharpness.

The talented South American has made a positive early impression in England since completing a move to Goodison Park over the summer.

His ability has never been in doubt, with the 29-year-old having previously turned out for the likes of Monaco, Bayern Munich and Real Madrid.

Everton were considered to have pulled off quite the coup in luring him to Merseyside, with the presence of Carlo Ancelotti in their dugout proving to be a useful bargaining tool.