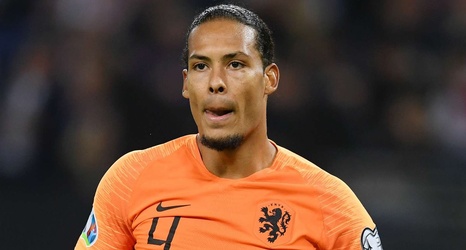 Virgil van Dijk felt the Netherlands were suitably punished for a poor performance as they lost 1-0 to Italy in Monday's Nations League clash.

A header from Nicolo Barella secured victory for the Azzurri in Amsterdam and sent them top of Group A1, a point above the Oranje.

The home side kept Italy penned back in the closing minutes but created little by way of clear-cut chances, Manchester United's Donny van de Beek coming closest with a half-volley that was superbly saved by Gianluigi Donnarumma.

By the end of the match, the Netherlands had mustered just three shots on target, while Italy only fired four with Barella's finish proving to be the crucial moment in Monday's heavyweight clash.