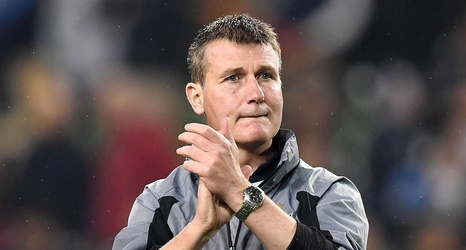 Stephen Kenny has replaced Mick McCarthy as Republic of Ireland manager, the Football Association of Ireland (FAI) announced on Saturday.

The former Dundalk boss was primed to take the helm once Euro 2020 came to a close, but the postponement of that tournament to next year amid the coronavirus pandemic has forced the FAI's hand.

Ireland face Slovakia in the play-offs for the continental competition, but that tie is also subject to an indefinite delay.

McCarthy, whose contract was due to expire on July 31, has therefore stepped aside early, with Under-21s boss Kenny officially taking on the role earlier than his previous start date of August 1.