Iheanacho urges Leicester City to take their chances against Brentford 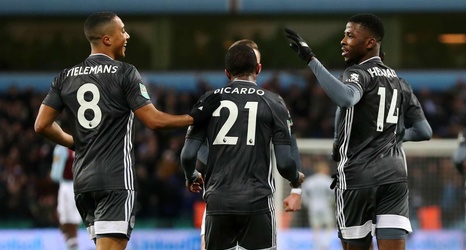 Kelechi Iheanacho has urged Leicester City to seize every opportunity to get an early goal when they take on Brentford in the fourth round of the FA Cup tie on Sunday.

The centre-forward will be expected to lead the Foxes attack in the absence of Jamie Vardy, who is set to undergo surgery.

The Nigeria international is no stranger to playing against the Bees after scoring in their previous meeting last season.

Iheanacho has advised the King Power Stadium outfit to be fully focused in the encounter in order to ensure they claim the victory and progress to the next round of the tournament.