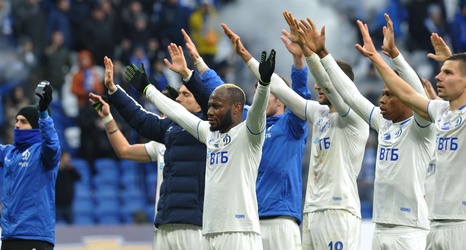 Nigeria’s Sylvester Igboun and Cameroon’s Clinton Njie powered Dynamo Moscow to a 2-0 win against Ural in their first game of the 2020-21 Russian Premier League season.

Njie opened the scoring for the visitors at the Ekaterinburg Arena on Monday afternoon while Igboun sealed the triumph with his header just before the hour-mark.

The Cameroon international finished off a counter-attack in the 38th minute with his right-footed strike, after benefitting from Sebastian Szymanski's pass.

The strike was Njie’s first goal for the White-Blues since his maiden goal against CSKA Moscow in October 2019.