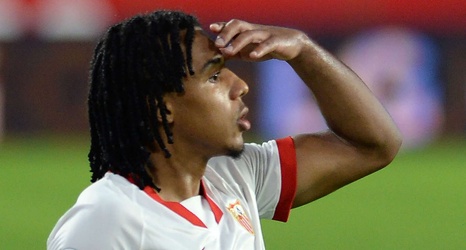 The 22-year-old was one of the stars of the Sevilla team that won the Europa League last season, defeating Inter in the final after eliminating Manchester United.

He has continued that fine form into the present campaign and is quickly being recognised as one of the outstanding young players in his role.

With City looking for solutions in their defence, the former Bordeaux man has confirmed they sounded him out over a move.