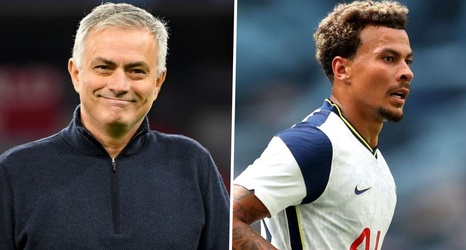 Tottenham boss Jose Mourinho says he “feels very hurt” when he cannot select Dele Alli, but has challenged the England international to grasp the opportunity when it is presented to him.

Alli's future at Spurs has been the subject of much speculation since he was substituted at half-time during the 1-0 defeat against Everton on the opening weekend of the new season.

The England international was subsequently dropped from Mourinho's squad for a Europa League qualifying meeting with Lokomotiv Plovdiv, and has made just two starts and three substitute appearances in all competitions since.