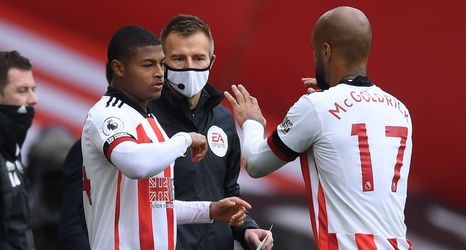 Rhian Brewster has admitted that it will be a strange occasion when he makes his return to Liverpool this weekend in the Premier League, with the Sheffield United striker revealing that he didn't have a chance to say his farewells before he left Anfield earlier this month.

The 20-year-old, who swapped Merseyside to become the Blades' club record signing just over three weeks ago, is set to revisit his old stomping ground with his new club on Saturday as they continue to search for their first win of the new season.

The England youth star, who won the Golden Boot three years ago during the Young Lions' triumphant FIFA U-17 World Cup campaign, was afforded limited opportunities under Jurgen Klopp, despite his manager's appreciation, due to the club's stacked attacking roster.