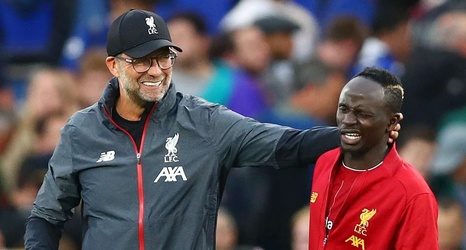 Liverpool forward Sadio Mane has lavished praise on manager Jurgen Klopp, saying that the German has been able to take his players to a new level.

Klopp has developed a reputation as one of the best coaches in the world, winning back-to-back Bundesliga titles with Borussia Dortmund before joining Liverpool in 2015.

The 52-year-old led Liverpool to Champions League glory last season and has guided the Reds to a 25-point lead in the Premier League this term, with the league currently sidelined due to the coronavirus pandemic.

Mane has been one of Klopp's key performers at Anfield, with the Senegal star sharing the Premier League Golden Boot last season with Pierre-Emerick Aubameyang and team-mate Mohamed Salah.