'Has your mother showed you the goal?' - Iniesta calls kids born after iconic Champions League strike 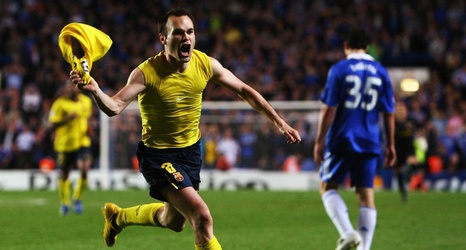 Andres Iniesta has called up two children to wish them a happy birthday, after they were born thanks to one of his most important goals.

The former Spain midfielder scored a Champions League semi-final winner for Barcelona against Chelsea 11 years ago, netting two minutes from the end of the second leg match at Stamford Bridge to earn the La Liga side a 1-1 draw on the night and put them through on aggregate.

Iniesta shot into the top corner from the edge of the box after a pass from Lionel Messi, to spark wild Barcelona celebrations as they reached the 2009 Champions League final in Rome, where they defeated another Premier League side in Manchester United.