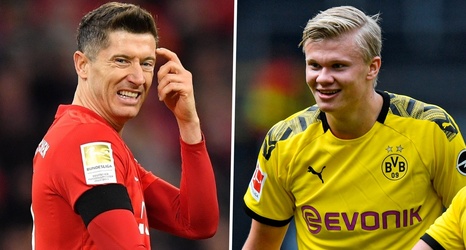 Haaland quickly established himself as one of the Bundesliga's top strikers last season after moving to Dortmund from Red Bull Salzburg in January, scoring 16 goals in 18 games.

Still just 20, big things are expected in the future from the Norwegian forward who is about to embark on his first full campaign with Dortmund.

After finishing runners-up to Lewandowski and Bayern in the Bundesliga last term, Haaland has called on his team-mates to match their rivals' consistency in order to finish top of the table in 2020-21.