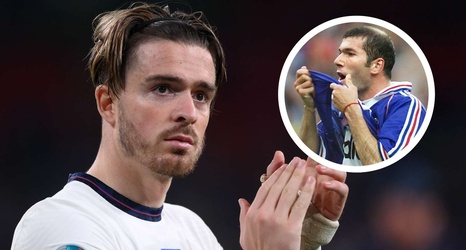 Jack Grealish will struggle to become England's version of Zinedine Zidane or Gheorghe Hagi says Chris Waddle, because the Manchester City star falls into the same trap that has swallowed up playmakers before him.

Calls for a man who is now the most expensive player in British transfer history became the subject of public interest during Euro 2020.

Gareth Southgate oversaw a run to the final, but Grealish was largely restricted to a bit-part role off the bench and Waddle fears a £100 million ($138m) talent could go the same way as Paul Merson and Matt Le Tissier before him.