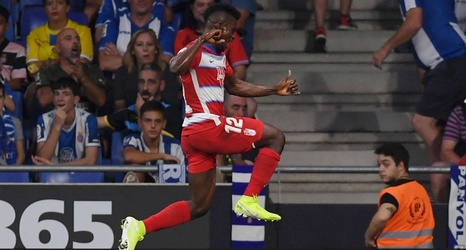 Granada defensive midfielder Ramon Azeez has expressed his delight with the restart of La Liga and is keen to play again.

The Spanish top-flight has been put on hold since mid-March owing to the coronavirus outbreak which is still wreaking havoc around the world.

The league will, however, resume on June 11 as safety measures have been put in place with games set to be played behind closed doors, thus, becoming the second European top-flight to resume after the Bundesliga.

Granada are ninth on the league table with 38 points from 27 games and will take on fifth-placed Getafe, who will be expected to parade Nigeria’s Oghenekaro Etebo on Friday.