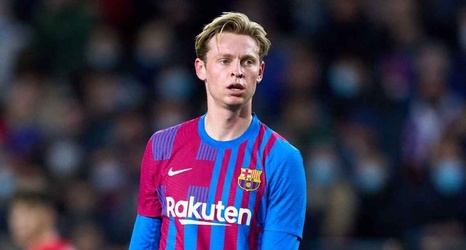 Barcelona coach Xavi Hernandez has said that the club's financial situation could dictate the future of midfielder Frenkie de Jong -- while saying that Robert Lewandowski's age wouldn't count against him as a possible summer signing.

With two games left to play in LaLiga -- starting with Sunday's trip to Getafe -- Barca are already assured of a top-four finish, and looking ahead to next season after a trophy-less campaign.

ESPN reported this week that De Jong, 25, would prefer to stay at Camp Nou amid interest from Manchester United -- while Lewandowski, 33, has been heavily linked as a potential target with just a year left on his contract at Bayern Munich.